A couple of weeks ago, I found myself stood on Tottenham Court Road, my hands wrapped around of cup of tea as a fine drizzle slowly soaked me to my core.  In front of me, a queue of tourists and Londoners alike shivered along with me.  Behind, more and more people joined our plight.  What was I doing? you may ask?  Waiting for the bus?  Marching for some worthy cause?  Queuing to grab a bargain at some hip store's sale?  Oh no.  I was waiting for pizza.  At Franco Manca.


It probably took us the best part of 45 minutes to get our foot in the door and our bums at a table.  But we got there and, after a brief deliberation over the minimal menu, ordered our pizzas.  I'd perused the list of extra toppings and was disappointed to see fresh buffalo mozzarella was absent, but decided to go with an artichoke and ham combo.  It arrived.  I inhaled and, without further ado, tucked in... 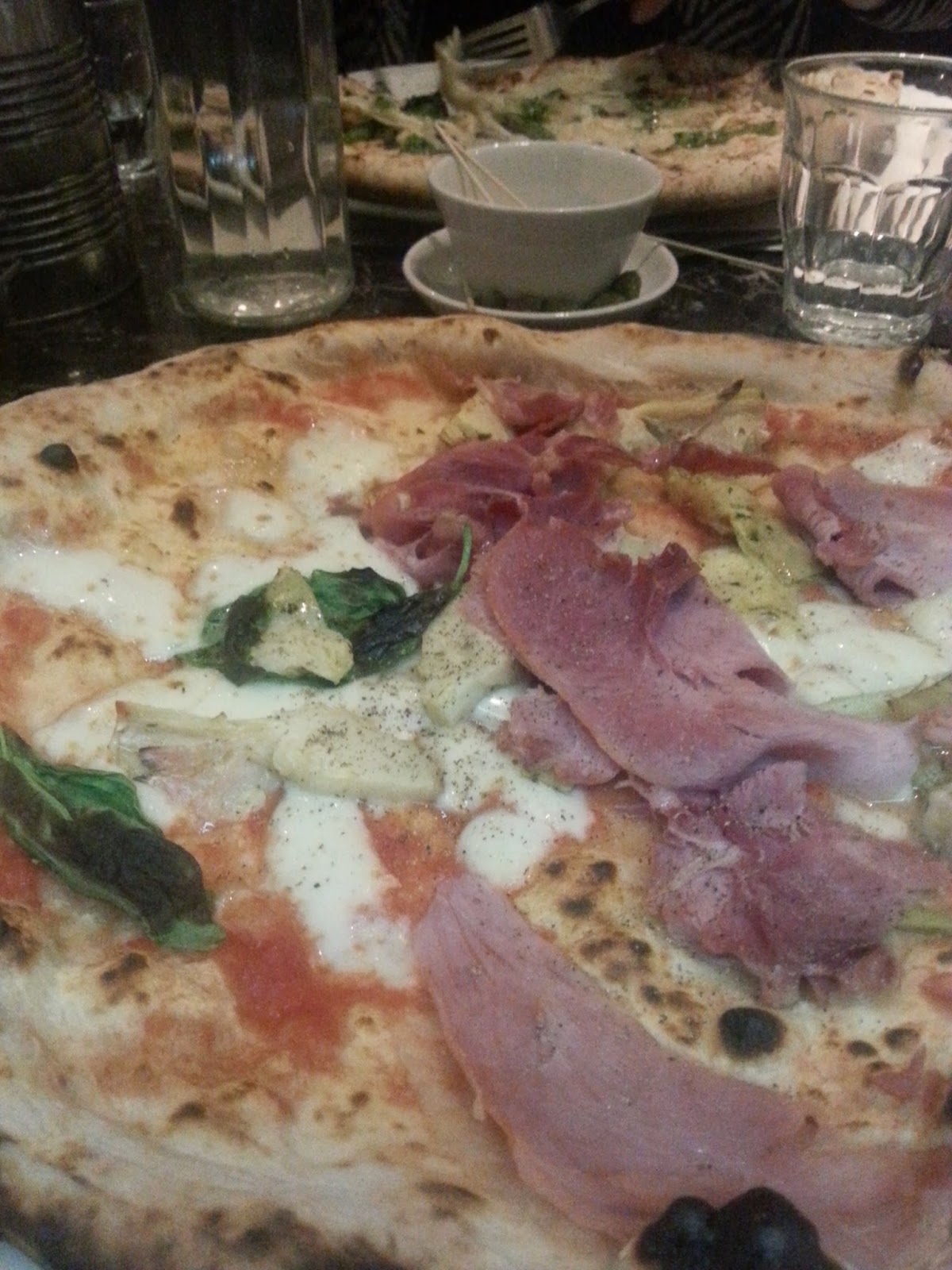 Franco Manca, with its USP of sourdough bases, is considered by many to be the best of the best.  My verdict?  It isn't.  The base was a bit tough and the toppings left it a bit dry - which is more than I can say for my fine self after standing in that queue for so long.  Don't get me wrong, it was okay... but I've had better.  A lot better.  And, what was even more annoying was, as we waited for the bill, I heard someone order that elusive fresh buffalo mozzarella.  And get it.  A school girl error, I know, which means only one thing... I have to go back.
6.5 out of 10
Posted by Shelly Berry at 13:33