I've walked past Fratelli La Bufala on Shaftesbury Avenue many a time and pondered.  I've heard that it was once part of the family business which split to create Mimmo La Bufala in Hampstead and its fine self.  The former is somewhere I have visited in he past,but, after a couple of disappointing meals, haven't been back to in a while.  But Fratelli La Bufala had caught my attention and stoked my curiosity. 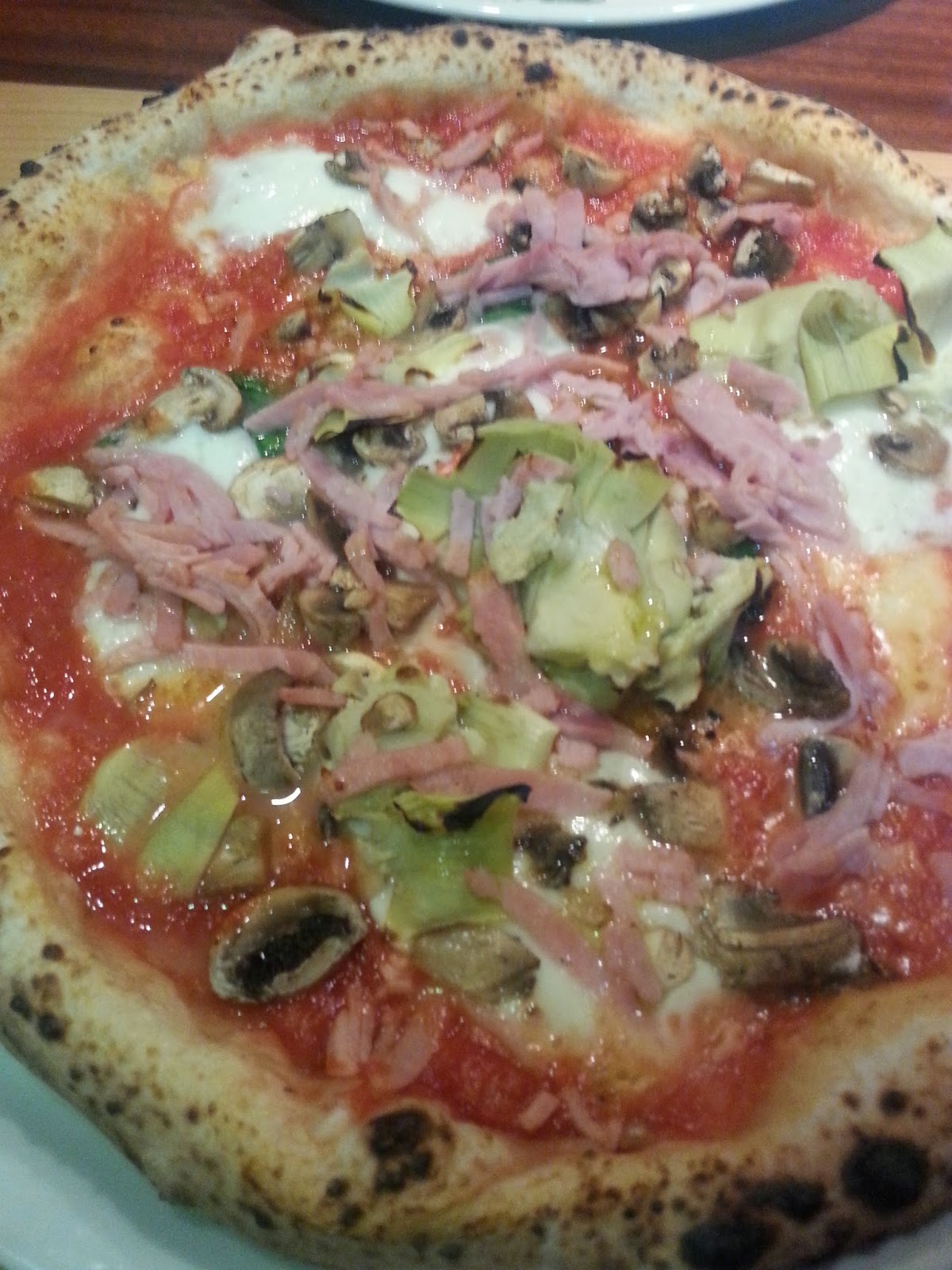 As soon as I walked in, my suspicion that this was also part of the chain that I visited in Italy with L was confirmed.  I instantly recognised the menu, and the decor was as chic and cheerful as that of the Trieste branch.  This place appeared to be the real deal - the oven was wood fired, Aperol, Falanghina and Strega were on the drinks list (although they were out of the witches brew) and the mozzarella was indeed buffalo.  Result.
My mate Charlene and I started our meal with an Aperol Spritz and a bruschetta to share.  Whilst the vegetables in our starter were clearly fresh and of the highest quality, for me it was a little over-seasoned, and we were halfway through it before our drinks arrived.  But I decided to let those little niggles go, because I, ladies and gentleman, was there for the pizza.
Once more it was the Capricciosa which took my fancy and, once more, it didn't disappoint.  In fact, it was so damn tasty, I got over the absence of sprinkles after the first mouthful - and had completely forgotten about them by the last.  Our bellies full but our tastebuds gasping for more, we perused the dessert menu and decided to share a tiramisu which, washed down with a glass of vino, rounded off our meal beautifully.
So, the food?  Pretty darn good.  The location?  About as central as you can get.  The service?  Well, to be honest, it could have been better.  And the price?  Whilst not the cheapest of my choices, you couldn't really argue with paying what we did for the quality of  food we were served.  And, to top it all off, it just happens to be owned by the same family who run one of L's favourite pizza places in Italy itself.
I think those Buffalo brothers might be onto something,  And I think I might be too.
Posted by Shelly Berry at 12:48 No comments: